If you’re a fan of the genre, here is a list of Best Battle Royale Games for Android you can play.

Player Unkown’s BattleGrounds mobile turned out to be one of the most popular battle royale games for Android. The game has been created by PUBG corporation which is a part of a Bluehole, South Korean video game company.

PUBG is famous among the players for its battle royale mode in which 100 people are allowed to play at a time and the last survivor becomes the winner. Regularly, new features, accessories, and characters are added to PUBG which makes it stand out of the crowd.

Apart from the battle royale mode, there are few more modes in the game and the players can also toggle between a number of skins and accessories.

The game runs smoothly on high and mid-ranged devices. However, people with low-end devices can go for PUBG Mobile Lite to enjoy the battle royale.

This game can be considered as an underdog in this list of best battle royale games. Despite having more than 100 million download and high-quality graphics, the game was unable to create a buzz like PUBG or COD. 50 people can participate in the battle royale mode of the game. The time allotted for a single battle royale is 10 minutes.

The game is famous for its out of the league themes and unique content. Recently the game launched Ragnarok themed online accessories for the players.

The gameplay is almost similar to that pf PUBG and it runs smoothly. The best part about the game is it consumes less space and runs smoothly on low-end devices too.

With more than 50 million downloads on Google Play Store, Rules Of Survival can be said to be a pure PUBG clone. It is a heavy game that requires around 2.7GB space along with a high performing processor to run smoothly.

In the battle royale mode of Rules of Survival, 120 players join the game and play against each other. Similar to PUBG, Rules of Survival also provides the users with stuff like in-game weapons, amazing vehicles and much more.

However, a lot of users have witnessed lagging issues in the game which is again due to the heavy size. The best part about Rules of Survival is the cross-platform teaming up options.

Call of Duty Mobile is said to be the only battle royale game that outclassed PUBG Mobile till now. The game was awarded as the best game of 2019 replacing PUBG. The mobile version of the game consists of many characters from different versions of the iconic title including Soap MacTravish, Captain Price, Simon Ghost Riley and a few more.

The game also gets new updates from time to time in which new elements, maps, weapons, and characters. The latest character introduced in the game is Soap MacTravish.

New events are also introduced in the game regularly. Some of the major events were launched at the time of Halloween and New Year.

READ  PUBG Mobile is getting a massive 1.0 update on September 8

The pixel style graphics of the game make it stand on a completely different tangent in the list. Pixel’s Unknown Battle Grounds is a fast-paced battle royale game. The players are dropped in the game, find weapons and then eliminate each other just like any other battle royale game.

The game comes with a few issues as the screen freezes at times as we experienced during the time of testing. However, it can be said that the game is much better than the other battle royale games present on the Google Play Store.

Knives Out is a well-known battle royale game on the Google Play Store with around 10 million downloads. The game is just like any other battle royale but the encounters with other players are graphically violent. At a time, 100 players can join the battle royale mode and five players can play the game in a group.

Knives Out also consist of advanced weapons and brand new seasons and maps with every update. However, the biggest drawback of the game is that cheats in-between the game are prevalent and the game lags at times.

Apart from the battle royale mode, players can also go for the sniper battle, team fight and the 50vs50 mode in the game.

Battleland Royale consists of totally different characters from other battle royale games. An average battle royale match in the game lasts for around 3 to 5 minutes. As experienced at the time of testing, the game lags a little bit despite having a good internet connection. However, it can be one of the best battle royale games for low-end devices as it consumes very low space as compared to other games of the genre.

You can choose from any of the above-mentioned battle royale games as we have tested these games personally and undoubtedly, these are best among all available options on the Google Play Store.

You can consider Call of Duty Mobile, PUBG, Rules of Survival and Knives Out for high-end devices, whereas, Pixel’s Unknown Battleground and Battlelands Royale can be considered for low-end devices.

Battlefield V Will Get One Final Update in June 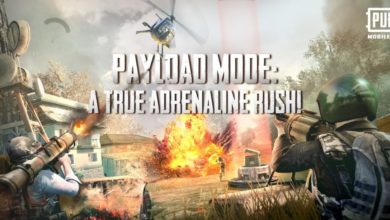 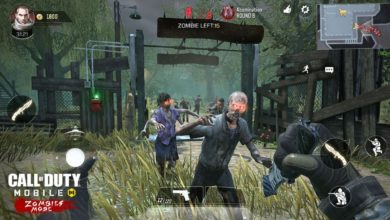